Multiple sclerosis and vitamin D: the role of the sun in the treatment and prevention

The multiple sclerosis (MS) is a degenerative and disabling disease of the central nervous system, which primarily affects the muscles and their function and also the balance, the view and the mental functions.

Since years, scientists are looking for a way to understand and block the progress of the disease. Since time, the research are focusing on the role that vitamin D plays in the well being of our body and in the treatment of the multiple sclerosis. Vitamin D is a steroid hormone metabolized in the skin (by sunlight and B ultraviolet rays), in the liver and in kidneys from an active metabolite that has a half life of several hours. This metabolite is recognized by the tissues which cointain specific receptors of vitamin D, that can be found in many parts of our body: skin, bones, muscles, gonads, intestine, central nervous system (CNS), microglia, activated monocytes and B and T lymphocytes.

According to a study conducted by the scientists of Harvard School of Public Health (HSPH) and coordinated by professor Alberto Ascherio, vitamin D could slow the progression and reduce the worsening of the disease. The team of researchers was able to highlight how patients in the initial phase of the disease had shown low levels of vitamin D. This is a factor that has been considerated an indication of the severity and the speed of progression of the multiple sclerosis. And so, researchers hypothesized that,  in the first phase of the disease, a large intake of this vitamin could mitigate the sympthoms of the pathology.

The results were reassuring: the patients that, in the initial phase of the disease had adequate levels of vitamin D in their bodies, showed a decrease of 57% of new brain lesions and an annual increase of less than 25% in the volume of the lesions, compared to patients with low levels of vitamin D.

Besides, these patients showed a lower loss of brain volume, which is an important factor which leads to disability.

In general, thanks to this research, we can assume that vitamin D might have an highly protective function in the process which regulates the development and progression of the disease. The research does not end here.

Lately, on the internet is circulating a very interesting video, which refers to some researches carried out by Doc. Cicero Galli Coimbra, a brazilian neurologist which is looking for alternative ways to treat multiple sclerosis. It seems that the doctor has to his credit a series of 1,500 patients treated with vitamin D. According to the data obtained from the CAT scans at his disposal, 95% of patients that partecipated at this treatment, showed improvements on the decrease in the width of focal lesions. However, the most significant improvements belong to those who started the treatment in the first phase of the disease.

It is known that the easiest and most natural way to introduce vitamin D in our body is mainly the exposure to sun. Nowdays, the exposure tends to be lower, due to weather conditions, to the dangerous sunrays and to the lack of time. We should not underestimate the importance that this vitamin has in regulating the various functions of our body. Vitamin D is essential for the health of the bones, of the cardiovascular function and for the immune system. For example, kids need the light of the sun even in their embryonic stage, that is to say when they are still in their mother’s womb, to build their own immune system and stay in good health.

According to the studies conducted by Doc. Coimbra, vitamin D is a regulator of several genes involved in the development of the central nervous system. In our body, the receptors of this vitamin are approximately 4.500, each one with a specific biological function. Fifteen minutes of daily integral exposure to sunlight, would be able to generate 1000 units of vitamin D, which help to prevent in time several problems and diseases. Coimbra was the first to propose the treatment for the multiple sclerosis using high doses of vitamin D. The doctor believes that soon medicine will use this alternative therapy for the prevention and treatment of autoimmune diseases such as lupus, multiple sclerosis and rheumatoid arthritis. In a way, progresses have been already made, even if many in the medical community remain skeptical. Until now, in fact, high doses of this vitamin were considered potentially dangerous for the health. The tolerable limit is currently set at 10.000 units of vitamin D, quantity for which the absence of toxicity has already been demonstrated.

Many of Coimbra’s patients have obtained results with 50.000, 100.000, 150.000 unit of vitamin D, of course under the strict supervision of the neurologist, to avoid the fatigue of the internal organs, such as liver and kidney, or cases of hypercalcemia. There is still much to do, but there are good chances that vitamin D might become part of the standard  therapy for patients with multiple sclerosis. 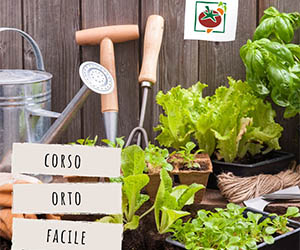